The Licensing Effect: Why Employees Misbehave 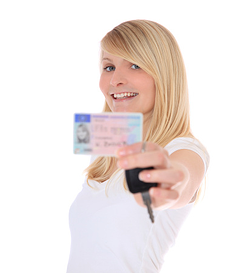 This week I came up upon an article by Belsky & Gilovich titled License to Sin: When Good Behavior Leads to Bad Results.  Within the article multiple articles are cited that support what is known as the licensing effect.  The licensing effect occurs when one feels that a positive behavior entitles them to engage in a negative behavior.

For example, one of the studies looked at smoking behavior in people who had been given a sugar pill thought to have been Vitamin C. While taking a survey, participants were told that they could smoke.  Those in the "Vitamin C" group smoked twice as many cigarettes as the control group who were not given the Vitamin C placebo.  In another study, people were less likely to give to charity after being reminded of humanitarian qualities.

These studies and the article cited above demonstrate how good behavior can sometimes lead people entitle themselves to engaging in bad behavior.  Merryman says this occurs because good and bad behavior work on a balancing continuum.  Thus, a good behavior can increase the chances of bad behavior in another aspect. What does this have to do with leadership or business?

A company that I work with has an employee, let's call him John.  John is a high performer who usually exceeds his sale's goals.  Unfortunately, he will often make the sale while exceeding the spending allowance limits to entertain Clients or break other company policies.  He also fails to use the CRM system, which is required of all members of the sales team.  So does the high sales earned by John "license" him to misbehave when it comes to company policy?

Most likely, but the licensing effect cannot be applied to all poor behavior.  The danger of this situation though is the message other team members get - it is acceptable to violate company policy.

Am I saying you should limit really good behavior because it will lead to bad behavior?  Absolutely not!  You just need to hold the same standards for all employees.  If an employee misbehaves even if he makes his sale's goals, he needs to be held accountable for the bad behavior.  Employees should also be very well rewarded for good behavior, so they are more likely to spend their time behaving than misbehaving.