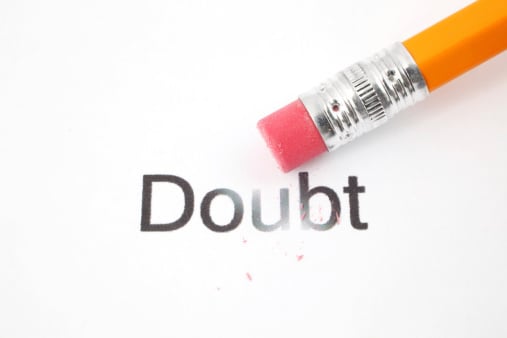 3 Signs an Employee Doesn't Believe in the Company 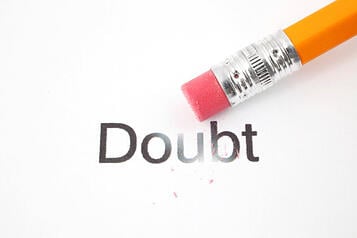 John Miller, Author of QBQ - The Question Behind the Question came up with one of my favorite themes - "Believe or leave."  Employee team members either believe in the mission, vision, and values of the company or they do not. Those who do not believe need to go - either under their own initiative or ultimately yours.

Team members who do not believe in the company, their boss, the ownership, and/or the product are often difficult to identify yet your gut often knows.

Non-believers who do key elements of their job well are the most difficult to identify yet they can do the most damage.  Here are the signs you have a team member who does not believe:

They obviously dislike you.

In small companies where the company mission, vision, and values are closely tied to the boss, an obvious dislike for the boss’ is a sign of non-belief.  If an employee does not believe in you, they most likely do not believe in the company.  However, do not jump to firing an employee who dislikes you because you may be the probably not them.  If you remove a non-believer and fail to address what you are doing wrong - you will end up with additional non-believers in the future.

How do you know if you have a non-believer on the team or you are actually the problem?  Use a personality assessment like TriMetrix® HD to identify any behavioral and value differences that may be causing interpersonal conflict between you and the team member.  Your team members are entitled to their own values, however, if they conflict with the core company values, they are likely to cause problems in the future.

They will challenge . . . Everything!

Wait . . . Do I not preach that candor is essential to creating a high value company?  It is, so don't get your panties in a bunch before I explain.

We have a Client who hired a manager that would bash not just their boss but also the CEO, the company, and the product during meetings.  It was pretty obvious in this case that the new manager did not believe.

Believers will challenge openly because they want to build not tear-down the company.  However, the team member who challenges while tearing-down is a non-believer.  Non-believers will also spend more time challenging than they do embracing the culture.  They point out many of the faults, but are they applauding the good?

Ultimately, if you truly have a non believer on your team and you have done everything reasonably possible, you need to take action.  Tony Hsieh, CEO of Zappos says it best, "I fire those who don't fit our company culture."

Non-believers distract you and dilute your company culture from what it could and should be.  Unfortunately most managers do nothing.  They tolerate the mediocrity that comes from non-believers.   Ultimately, if it is acceptable to tolerate the mediocrity non believers bring - it is your legacy that will suffer.  It is up to you to protect your brand and your company culture.  Those who do believe - they are counting on you.  Remove true non believers from your "bus" as quickly as possible.