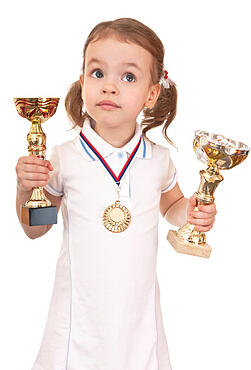 Most organizations have a "golden child" or two.  The golden child comes in many forms.  The most commonly found example is the employee who has been with the company for years and perhaps one day long ago saved the team or company from certain doom.  Sometimes the golden child is the son or daughter of a valued employee team member.

Often the golden child adds little or no value.

As a manager, the problem now is yours.  You can either allow it to continue or put a stop to it.

Keep in mind...  There are no benefits to allowing a low performer to stay in your company or on your team.  In fact, their mere existence frustrates higher performers and drags down morale and employee engagement.

If you want to improve employee morale, performance, and engagement, then immediately begin holding those special untouchable people accountable - today.  Better yet - get them off the "bus".

I know...  It is difficult politically to make that kind of drastic change.  Personally, I would do it quickly and be done with it.

Right now you may be saying, "Oh, I/we really do not have a golden child or two in our organization and team."  My response to that is, "Yes, you likely do."

The "symptoms" that you have a "golden child" in your company or on your team include:

While it is not always practical to remove a golden child from your company or team immediately, there are things you can do to bring accountability and hope to other employee team members. Following are practical steps to improve your situation immediately.

Mediocrity is a disease that not only erodes the bottom line of your company and team, it also destroys employee morale, performance, and engagement.  Hire and retain the best talent possible.  Make sure every employee team member knows what is expected of them and hold them accountable.  Develop customized coaching plans to improve employee performance.

And today...  Begin the process of removing the golden child from your bus.

Five Dysfunctions of a Team Activities