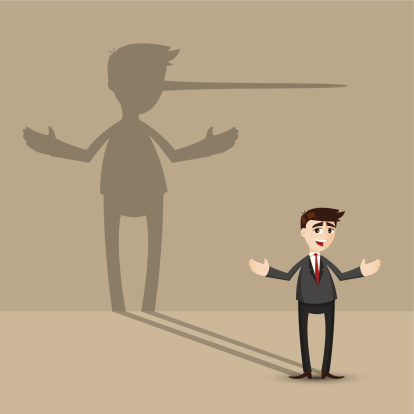 Stop Being A Pinocchio Sales Leader

Are you a "Pinocchio Sales Leader", wasting time, energy, and resources due to your belief that every salesperson has potential?

Unfortunately, it is not uncommon to observe Pinocchio leadership with sales executives and CEOs.  They believe they know the talent potential of each salesperson or they pretend that they know.

Either way, it is apparent to everyone else except that they are bullshitting.

The only way to know objectively about the true potential of any salesperson is to use a multi-science sales personality test with validity backed by brain research.

Without powerful sales assessment tools like the TriMetrix HD to objectively measure sales aptitude, you are guessing.  And guessing is for losers.

The Pinocchio Sales Leader often mixes their heart with their numbers.  They believe in and love their salespeople to the point where they cannot hold them accountable for results.

We recently asked a VP of Sales, "Of your 25 salespeople, how many who would you hire again?"  Their response "All of them," was pretty typical... and diluted.  The reality is that anyone who says they can consistently hire salespeople who perform in the top ten percent WITHOUT a valid sales personality test are either lying or not giving enough credit to the brand their salespeople are selling.

"Larry" - (not his real name) joined a company 20 years ago.  At that time, the company had a competitive advantage - they were an early entrant (Think Kleenex).  They had developed a solid product and service, and the market loved them for it.  For almost 15 years, business came easily for them.

For 15 years Larry looked like a genius because he took all of the credit for what the economy and brand were doing.  His sales manager would say "Larry has potential," and believed it.

Larry, was in fact, just an order taker who occasionally beat his sales manager up for a price break - An order taker being paid a hunter's compensation. 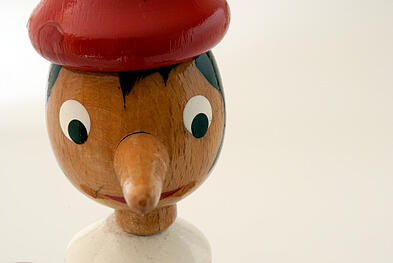 Then the economy tanked.  It became survival of the fittest for the companies - a bloodbath.  Larry, and so many like him could not close a book in a library. He was just an order take, deadweight, and his sales managers were still blind to that fact.  They thought he was like all the others with a decent sales record.

Shortly after a private equity firm purchased the company, they had a sales meeting to get everyone "on the same page".  It was full of ra-ra's and warm fuzzies.  I reven recall the CEO saying, "Things may get really bad out there, but we have the best products and the best sales team! I believe you have what it takes to grow this business by 15 percent next year."  The VP of Sales then echoed the words of the CEO.

The CEO and VP of Sales were Pinocchio Leaders - they thought every salesperson had potential.  Meanwhile, I had already reviewed some of the results from the sales personality testing that we had completed and I did not echo their rhetoric.  I knew what salespeople like Larry could and could not do.  Their belief in Larry's true potential was unrealistic because it was based upon years of him taking orders when the economy was good and the brand was strong.  My data was objective...  objective and accurate.

I would like to say this story had a happy ending.  It does not.  The CEO and VP of Sales dragged their feet on holding salespeople accountable.  Their love for their sales "family" overroad common sense.  Larry and others like him blamed the economy and the product.  But then push did come to shove and when the first RIF came, Larry was the first to be let go.  Unfortunately, they also let go of some top sales talent that would have been instrumental when the economy recovered.

And the CEO and VP of Sales... The private equity firm replaced them both.

Decide to stop being a Pinocchio Sales Leader

If you are still hiring salespeople based on gut instincts and references yet you are committed to getting to the next level of performance - now is your time to get serious about hiring only "sales wolves".