If You Want To Fix Sales - Fix The C-Suite

Always remember... All problems start at the head and all problems walk on two feet.

I paid a coach a lot of money to share this wisdom with me and it has served me well. It is burned into my soul.

If you want to fix sales - the C-suite - you, the CEO must take charge and commit to doing so.

Now the important question...  Mr. or Miss CEO, are you truly committed to improving your sales? Will you do whatever it takes to hire the best salespeople and put the best sales processes in place? Or will you guard the status quo?

Unfortunately, most CEOs are interested in improving their sales and are committed to the status quo.

I know from experience.  It sounds so counterintuitive. When I studied economics in grad school, it was assumed that people are rational.  It was assumed that if you provide solid tangible proof, people will take the obvious appropriate action to protect their economic interests.

The sad fact is many people will not. People are often married to the root causes of their problems.

Ten years ago, when I began using personality assessments to help companies hire the best salespeople and predict future sales performance, I naively thought, "All I need to do is present the evidence that we can predict future performance and CEOs will buy our solution in droves."

I did serious research (and continue to do so). I found a personality assessment instrument that was and still is leagues ahead of others in depth, breadth, and accuracy.  I created a sales personality assessment algorithm, tested it, and have refined it several times.  I have the evidence and it is glaringly obvious yet most CEOs do nothing - they take no action to improve their sales team and sales performance.  This is especially the case if the company is enjoying significant profits. 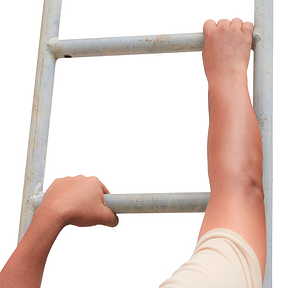 When I look at the job fit of a sales team, what the data screams about their potential says a great deal about the CEO.

CEOs are human beings of course. Following are six reasons why I have found that CEOs do not fix their sales team...

CEOs are habitually married to their problems. Like everyone else, CEOs have habits - patterns of thought that create the same results again and again. Until the pattern is broken, the habits will continue. Habits are difficult to break unless there is a very strong catalyst requiring change.

CEOs are married to their people - especially their salespeople. CEOs have a difficult time parting ways with people they like. Relationships are formed and cemented in the early days of a company. Extraordinary feats are accomplished thorugh the power of pure, intense beleif. As the company grows, and new talent is added, distance is often put between the CEO and early-hire salespeople. The result is sales performance drops.

CEOs are afraid to start over with new sales talent. It can take six months to over two years to develop a new salesperson to their full "cruising altitude". CEOs naturally are averse to replacing talent and having to invest in training, development, and onboarding compensation.

CEOs sometimes know they need to take action to improve but are scared to mess with the "secret sauce" of their "sales success". When an entrepreneur becomes successful, it is amazing how staunchly they will defend their existing business model. CEOs naturally want to protect their "recipe for success" - afterall, "if it is not broke, why fix it?" So many CEOs fail to make changes until it is often too late and costly - particularly if they lose a Customer or a competitor comes into the market. CEOS should aspire to do what Apple does (or did anyways) - be your own competitor. Furthermore, CEOS should realize that their actual product / service / brand is probably selling a whole lot more than their sales team actually is.

CEOs must change their mindset in order to fix sales. Afterall, if you want to increase revenue, there is only one way - increase sales.

What can you, the CEO, do right now?

If you are afraid to make the necessary changes to drive sales, it is a matter of time until your company is in trouble - if it is not already.