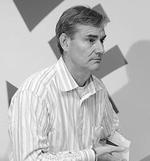 Leadership and Personal Accountability During an Organizational Crisis

Living as close to the Canadian border as I do, I must say I was surprised to just now hear about the major food born illness outbreak in Canada that started several weeks ago. The outbreak of listeriosis bacteria has caused 12 confirmed deaths and made many others seriously ill.

The deadly outbreak has been traced back to the Toronto based Maple Leaf Foods company which produces a number of food products, including the deli sliced meats which are said to be the chief cause of the outbreak.

It is hard to imagine a more trying time for a business leader or CEO, and I think it is safe to say that nobody envies the position that Maple Leaf CEO Michael McCain finds himself in. During such a crisis one would expect the blame game to rear its ugly head as nobody wants to be held responsible for such a tragic event, least of all the leader of the organization who stands so much to lose personally.

Surprisingly, this has not been the case with Maple Leaf CEO Michael McCain. From the moment the outbreak hit, McCain has taken full responsibility for its tragic consequences. McCain has been incredibly forthright and transparent about the whole crisis by offering clear and concise information about his organization's operations and what is being done to stop the outbreak as quickly as possible.

Faced with the reality that his company was responsible for the deadly outbreak, McCain offered the following response at a recent news conference:

"Certainly knowing that there is a desire to assign blame, I want to reiterate that the buck stops right here… our best efforts failed, not the regulators or the Canadian food safety system… I emphasize: this is our accountability and it's ours to fix, which we are taking on fully."

Such candid words of personal accountability and responsibility in the face of tragic events seem almost incomprehensible in a time when business has been marred by scandal and the avoidance of accountability at all costs. I firmly believe that those five words – "The buck stops right here" – will define McCain's legacy as a leader years after this crisis has passed.

Let there be no doubt, there is never a shortage of blame to go around when such a tragic event takes place. McCain could have blamed the Canadian food safety system for not having more stringent safety regulations, his distributors for not handling their products properly during shipment, or even his own managers and supervisors for failing to follow internal food safety standards.

McCain had a choice – he could blame others for the tragedy or he could take direct responsibility. He chose the latter.

I think we can all learn a lot about personal accountability and the role it plays in leadership from Mr. McCain's actions.

Everyone has the ability to assume leadership and make a difference in their organization. It all starts with accountability.