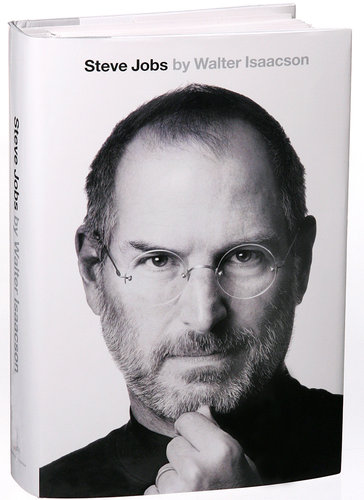 Fortune magazine recently named Steve Jobs one of  The 12 Greatest Entrepreneurs of our time. Unfortunately, the first paragraph of the write-up begins with...

Though he could be abusive and mean-spirited to people who threw themselves into their work on his behalf, Steve Jobs has been our generation's quintessential entrepreneur. Visionary. Inspiring. Brilliant. Mercurial.

"Though he could be abusive and mean-spirited to people who threw themselves into their work on his behalf..."  Really?  That's how Steve Jobs' brilliance is to be remembered?  That is how a man who reshaped how we use computers, communication, and mobile devices is described?  That is how an incredible man who defended excellence with vigor and passion is to be described?

Yet... Many bloggers and article writers begin almost apologetically...  Steve Jobs was a jerk and...

What about the results?

In Psychology Today, Greg Henriques explains that, “Jobs should be defined by the products his company produces, not by the means by which he leads people to produce them.”

Although people may have thrown themselves into their work, were they getting the results Steve Jobs desired?

The real problem was not Steve Jobs' behavior towards those that did not deliver results.  The real problem is that the American business world has become so politically correct that "feel good" programs have created large continents of mediocrity.   The feelings of the employee have become more important than workplace accountability.

It has become politically incorrect to expect results.

It has become politically incorrect to actually expect employees to work when they go to work while achieving the results expected of them and to take responsibility for their work.

Steve Jobs is a hero and will be remembered as such.  He got the right things done and he never wavered.  It is high time that we describe Steve Jobs for the results he got and stop talking about the feelings of those who got hurt because they did not meet his standards of excellence.

By the way...  If you have not done so, study this man.  Steve Jobs was perfectly imperfect.  There is much to learn and integrate from Steve Jobs.  There are two books out right now about Apple and Steve Jobs that I recommend strongly.  Read them and then re-read them.  Both are available in iBook format, which is superior to every copycat out there.

An also must read...  Especially if you like brevity - HBR article about The Real Leadership Lessons of Steve Jobs by Walter Isaacson.

5 Answers to Your Scaling Up Questions from a Certified Coach