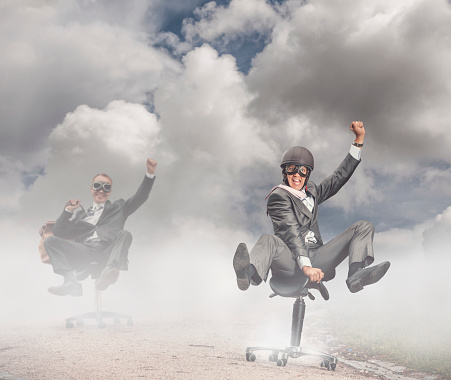 Sales personality is everything.

After assessing thousands of salespeople and comparing their assessment results with their sales performance I have hard evidence that sales personality is everything.  The best-of-the-best salespeople are wired to sell and they significantly outsell their peers.

How To Know If You Are Hiring A Don Draper Salesperson sets the stage for what is written following.

The interview alone is not enough to predict future sales performance, nor is a history of past sales results. You are not able to consistently identify a Don Draper salesperson; human bias and territory differences cloud the data too much.

What does Don Draper possess that gives him the "edge"?

Ever notice how some salespeople quickly bounce back from setbacks while others crumble?

I too have wondered so I did some research.

There are three classes of salespeople you must be aware of:

I have come to learn what exactly separates the good from the insanely awesome Don Draper. The "edge" that Don Draper salespeople have over Sales Wolves is Skills or Competencies.

The only way to identify the potential to be a Don Draper or sales wolf is to objectively measure a salesperson's Skills or Competencies through a sales personality test that measures Behaviors, Motivators, Acumen, and Skills with validity backed by brain research.

The eight skills every Don Draper has.

Rather than trained, I believe the following skills are mostly learned and developed over time, beginning at a young age.

The culture of a sales team or company and the willingness of a student to learn and adapt can absolutely sharpen these skills but in their purest form, the roots go deeper than that.

Look for these skills in your candidates to identify those that have the potential to beat all the rest.

If you care about the future of your company, you must aggressively seek, pursue, and hire every single Don Draper you can find. Why? Because Don Draper salespeople outsell everyone else by a strong multiple and your Customers usually love them because of the extreme value they create.