The Critical Habit That Separates the Best From the Average

How many times have you experienced this scenario?

You walk into your office, eager to get the day started and excited about an important project. You sit down at your desk, fire up your laptop, and are suddenly confronted by a spewing Vesuvius of, for lack of a better word, “stuff”. 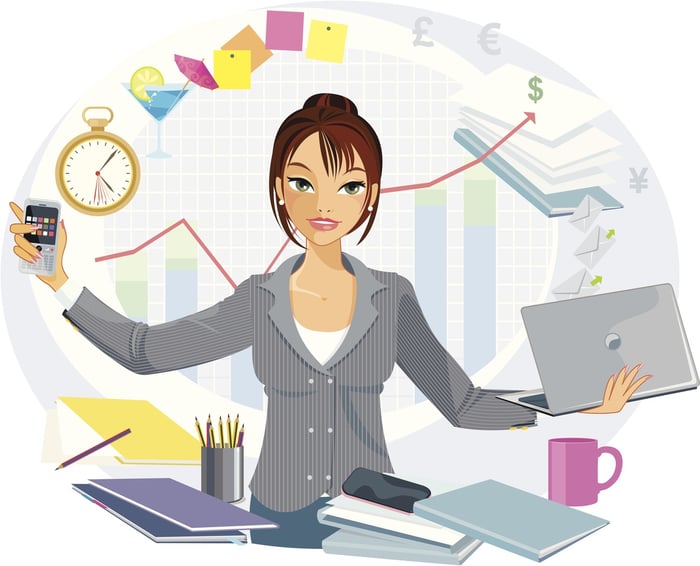 Overnight, your inbox blew up. You check your phone and see that you have 43 unread text messages and nine unheard voicemails. A few of the most eager members of your sales team arrived early and have already started pinging you on Slack. And you have an enormous digital stack of unread industry-related articles to plow through.

So you grit your teeth, crack your knuckles, and buckle down, firing off one email after another, engaging in three simultaneous conversations on Slack, while still making time for the people in your office who promise they just need five minutes of your time.

The day is a blur, and when it’s time to go home, you disgustedly realize that you got a ton of things done but didn’t make any progress on the project that was most important.

You resolve to do better the next day.

And the pattern repeats itself again and again, like some sort of disturbing corporate Groundhog Day.

How do you get out of this vicious cycle and actually get important things done?

In a world where information is ferociously spewing out of every digital device, the ability to do deep work is what sets apart the elite performers. 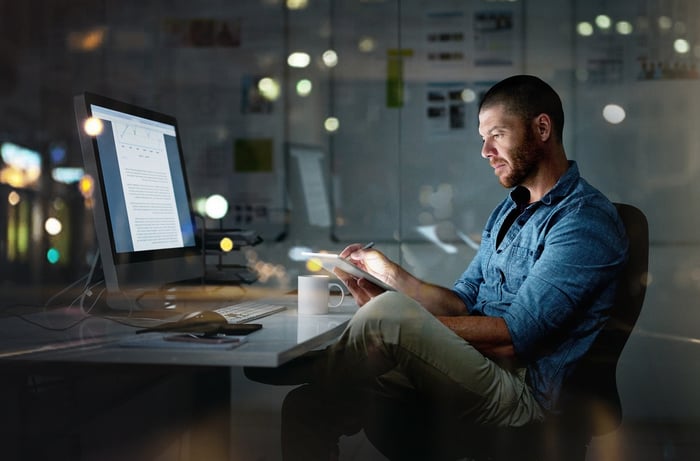 What Is Deep Work And Why Does It Matter?

Cal Newport, who coined the term “deep work,” defines it this way:

"Deep work is the ability to focus without distraction on a cognitively demanding task. It’s a skill that allows you to quickly master complicated information and produce better results in less time. Deep work will make you better at what you do and provide the sense of true fulfillment that comes from craftsmanship. In short, deep work is like a super power in our increasingly competitive twenty-first century economy."

Deep work is about focusing the full heat of your cognitive abilities on a single, demanding, important task.

It’s about doing one task well, and ignoring other, less important tasks during the process. It’s about fiddling with the dial of your attention so that you can separate out the signal from the noise.

And now, more than at any point in history, the ability to do deep work is critical for success.

Want to build an amazing sales team? You’ll need to put in some serious deep work.

Want to create a hiring process that ensures you only hire the best? You better to be ready to dive in deep.

Everyone is drowning in information and busy work. And despite all the tools and systems and apps we’ve created to help us be more productive, they’re only as good as the person wielding them.

The good news is that if you have the ability to do deep work, you have a serious competitive advantage.

As Newport puts it:

"To remain valuable in our economy, therefore, you must master the art of quickly learning complicated things. This task requires deep work. If you don’t cultivate this ability, you’re likely to fall behind as technology advances."

To say that we live in a complicated world is a colossal understatement. It’s not just that technology itself is becoming more complicated. The very act of living in and making sense of an information saturated world is increasingly complicated.

Take hiring sales personnel as an example. In the old days, the process was relatively simple. You looked at a resume, checked references, maybe evaluated some sales numbers, did an interview, and then made a decision.

Now there are dozens of variables to consider, including:

Only those individuals who can quickly and accurately sort through and act on this complicated information will thrive.

And how do you sort through complicated information? By doing deep work.

Of course, all this raises a very important question: how do you actually make deep work happen?

After all, you have other people depending on you. You can’t simply get rid of all your digital devices and become a technological hermit. You need a sound strategy that will enable you to consistently do deep work while still attending to other, less important tasks.

Here are three simple ways to incorporate deep work into your day.

Doing deep work requires significant focus and concentration, and for good or bad, you have a limited supply of both. Your brain is like every other muscle, and using it for extended periods of time depletes it.

Even worse, there’s a good chance that your brain has, in a sense, become rewired so that it’s accustomed to constant distraction.

Newport puts it this way:

Once your brain has become accustomed to on-demand distraction...it’s hard to shake the addiction even when you want to concentrate. To put this more concretely: If every moment of potential boredom in your life—say, having to wait five minutes in line or sit alone in a restaurant until a friend arrives—is relieved with a quick glance at your smartphone, then your brain has likely been rewired to a point where...it’s not ready for deep work—even if you regularly schedule time to practice this concentration.

This means that trying to immediately schedule four straight hours of high-focus time is probably a bad idea. It’s like exercise. If you haven’t done any rigorous activity for months, trying to run a marathon is going to be disastrous, resulting in popped ligaments and pulped muscles.

You have to start small, both with exercise and deep work.

Research backs this up. Researcher K. Anders Ericsson, who has spent decades studying how a person becomes an expert in his or her field, speaks of the need for “deliberate practice”.

In his seminal study on expert performance, he notes:

"When individuals, especially children, start practicing in a given domain, the amount of practice is an hour or less per day (Bloom, 1985b). Similarly, laboratory studies of extended practice limit practice to about 1 hr for 3-5 days a week (e.g., Chase & Ericsson, 1982; Schneider & Shiffrin, 1977; Seibel, 1963). A number of training studies in real life have compared the efficiency of practice durations ranging from 1 -8 hr per day. These studies show essentially no benefit from durations exceeding 4 hr per day and reduced benefits from practice exceeding 2 hr (Welford, 1968; Woodworth & Schlosberg, 1954)."

In other words, the human mind can only sustain intense focus for a limited time, and that time is no more than an hour when first starting.

So when it comes to doing deep work, start small. And don’t be discouraged if you find yourself struggling against distraction. This is normal, especially when first implementing the practice of deep work.

The more you do it, the easier it will become. 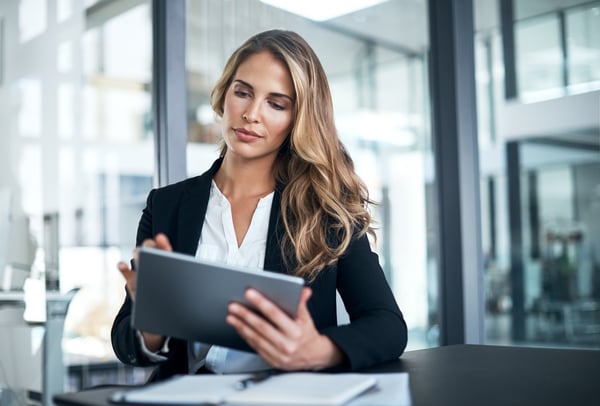 Step #2: Block Out Time In Your Calendar

The simple reality is that if you don’t block off time every day for deep work, it probably won’t happen. Too many people want a slice of your time, meaning you need to take specific actions to create space for deep work.

The simplest way to do this is to block out specific times during the week when you will do nothing but deep work. During this time, you will focus on your most important task - the one activity that will move the needle forward for you and your sales team.

Treat your deep work time just as you would any other meeting. If someone wants to meet with you during that time, simply tell them that you have a prior commitment.

During deep work, your door will be closed (if possible), your inbox will be closed, your phone will be silent, and Slack notifications will be snoozed. The goal is to eliminate anything that will disrupt your focus.

Focus is a fragile thing. It’s difficult to attain and easy to lose. If you’re not intentional about blocking distractions, it will be really hard for you to sustain focus for long.

But here’s the good news. Focus is a powerful thing, and when you can give your attention to one thing and only one thing, you can achieve astounding things.

In a 2014 interview with Jerry Seinfeld, he attributed the success of Seinfeld to a surprising factor:

Want to be the Jerry Seinfeld of sales? Want to build a team of sales wolves that absolutely crushes it? Want to create a company culture that celebrates and perpetuates success?

Do the deep work.

The oft-stated maxim is, “Innovate or die.” And while there is some truth to that, it ignores a more important issue: you can’t innovate if you don’t do deep work.

Think about the greatest innovations of the last hundred years. The television. The personal computer. Digital cameras. Email. Google. The iPhone.

If Steve Jobs had spent all his time answering emails and participating in “quick meetings,” would he have changed the world? Probably not.

Success isn’t an accident. Innovation isn’t the result of random sparks of genius.

Most people are ruled by the tyranny of the urgent, rather than what actually matters.

Do the deep work.