When New Hires Are Not as Advertised - Mark Hunter

Mark Hunter “The Sales Hunter” is a sales expert who speaks to thousands each year on how to increase their sales profitability.  He previously worked for three Fortune 100 companies and is the author of “High-Profit Selling: Win the Sale Without Compromising on Price.” Mark blogs regularly at www.TheSalesHunter.com. 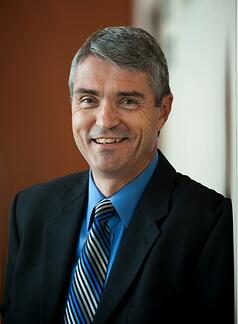 Have you ever heard someone say the person they just hired is a joke and won’t work out?  Rarely does someone say this.  In fact, the new hire usually is portrayed as a superstar in one way or another.

The hiring manager touts them as the greatest thing to ever happen to the company.  Sure, it’s great to set up new hires as being a positive benefit for the company, but in so doing, are we setting the hiring manager up for a giant fall? I think so and here’s why:

I’ve interviewed hundreds of people over the years for various jobs, and I’ve never had one candidate who has come across saying they are not qualified or would be a terrible hire.  Every candidate comes across as if they are the single greatest person I am ever going to meet, let alone hire.

This issue is a big problem in sales.  It seems as if everyone interviewing for a sales position wants to be seen as the ultimate salesperson who, when hired, will easily and quickly bring to the company hundreds of new customers, millions of dollars in sales and a huge bump to the bottom-line (all before noon on the first day).   Sorry, it just doesn’t happen.

Don’t allow yourself to be conned into believing what the candidate is telling you.  If you’re interviewing a candidate from a competitor and they say they can bring over a huge number of customers, let me give you my rule of thumb.

First, take whatever the number of customers the candidate says they can bring you and divide it by 3.

Second, take the volume they’re claiming they can bring and divide that by 4.

Lastly, take the time they claim it will take and multiply by 5.

Get the picture?  Rarely does a candidate pull off what they say they can.  If this happens to you, don’t worry about it. Move on.

This is why I say never hire someone based on the “book” of business they can supposedly bring with them.  Make your hiring decisions based on their attitude and ability to learn.   The person who claims they can bring a huge book of business with them is many times the person with a less-than-stellar attitude. Typically, they’re more resistant to learn anything new.

When I hire somebody with the right attitude and a willingness to learn, I’m getting somebody I can potentially build a long-term business around.  Reality is it’s long-term. The short-term results are going to be poor.  In fact, the short-term results are going to cost you even more.  This is why too many managers go for the experienced person who they feel can hit the ground running and contribute quickly.

The other reality with hiring the person with a great attitude and a willingness to learn is it takes a manager who can spend the time developing them.   I will argue with anyone the key reason why new salespeople don’t work out is not because of the salesperson, but because of the sales manager.  The sales manager either hired poorly or trained poorly, or in a nightmare situation, did both poorly.

I’ll take this perspective even further and say the key reason why sales organizations don’t make their numbers is because of sales management and their inability to understand what it takes to develop a high-performance team.

Next time you set out to hire someone, ask yourself the following two questions.  First, what are the criteria I’m looking for and how much emphasis am I placing on attitude and willingness to learn?  Second, do I have the competency and the time to properly develop the person I hire?

In my 25 years of sales management experience, it’s these two questions that will have a greater impact on the success of a new hire than anything else.

Connect with him on Linkedin