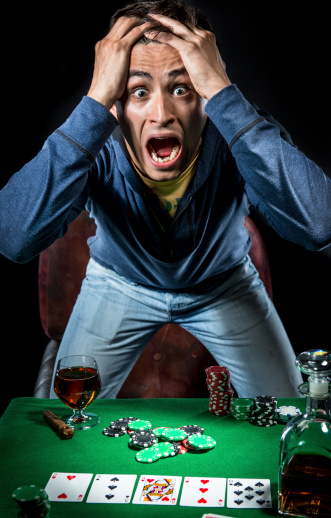 The Real Reason Why Winners Win and Losers Lose

As a student of sales performance over the last 20 years, I have come to realize that some salespeople are predisposed to approach winning / losing a sale in a particular way.  Some salespeople "play to win" while others "play not to lose".  A recent study sheds additional light on the science of winning and losing.

My experience as a consultant, past sales VP, sales manager, and life-long salesperson supports the following:  A salesperson's mindset or viewpoint of their world is impacted by their Behaviors, Motivators, Acumen, and Skills, life experiences, and beliefs.

I have never believed that some people are luckier than others...  In fact, I do not believe in luck.  In sales, a sales wolf (those who consistently produce in the top 20th percentile) creates their own luck by doing their homework, fast feedback looping, staying focused, and resilience.

In God we trust - everyone else bring data...  I have always believed in the power of statistics...  I have believed that if in the short-run the odds seem to work against you it is a matter of time until the law of averages will eventually work in your favor.

Turns out some of my thinking may be a bit flawed...

Recent research suggests that we create our own luck

A recent study by Juimin Xu and Nigel Harvey from University College London set out to identify the role of "the hot hand" and "gamblers' fallacy" in gambling.  The results surprised me but are intuitive.  Read on...

Xu and Harvey used the real-world setting of 776 online gamblers over the course of 2010.  Over 565,000 bets were analyzed with bets ranging from  football to horse racing.

The hot-hand fallacy and gamblers' fallacy are assumed to be common among gamblers because it is thought that they believe outcomes for future bets are predictable from those of previous ones.

The bottom line...  Winning streaks increased the probability of winning the next bet.  The same effect applied to losing streaks - those who lost successive bets were more likely to lose again.

In other words, the study found that gamblers were more likely to win after winning and to continue to lose after losing.

From the research brief article...

"After winning, gamblers selected safer odds.  After losing, they selected riskier odds.  After winning or losing, they expected the trend to reverse:  they believed the gamblers' fallacy.  However, by believing in the gamblers' fallacy, they created their own luck.  The result was ironic:  Winners worried their good luck was not going to continue so they selected safer odds.  By doing so, they became more likely to win.  The losers expected their luck to turn so they took riskier odds.  However, this made them even more likely to lose.  The gamblers' fallacy created the hot hand."
Granted...  The "hot hand" may have come as a result of continuing the winning strategy or from some change in the betting strategy as the gambler pursued another win.

Two lessons that reinforce the thinking of true sales wolves...

True sales wolves passionately hate losing and they will do everything they can to learn from past successes and past mistakes.  Sales wolves are literally "wired" to be paranoid about losing.  There are two things you must do amazingingly well right now...