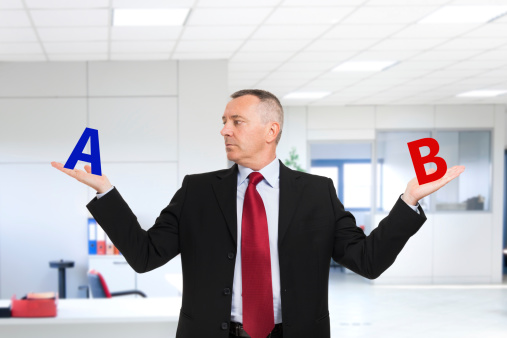 A True Story of Millions Lost

Several years ago, I worked with a privately-held business that was quite successful with twenty outside salespeople.  John (not his real name) was there from the very beginning.  He was salesperson number two - right behind one of the founders.

You know where this is headed...

For almost twenty years, John never actually sold anything.  He was like the company dog that would not die.  High performers joked about him behind his back and I think he knew it.

John was good at taking the occasional order, managing his fantasy sports teams, coming in late / leaving early, taking long lunches, and constantly checking in with his friends and family on company time.  John made about $150k and he did not deserve 70 percent of it.

And EVERYONE knew it.

Then the company was sold and guess what happened to John...

You guessed it.  John was shown the door.  The acquiring company quickly figured out that John could not close a book in a library.

Imagine the damage the CEO and sales VP caused by allowing John to stay.

Interestingly...  The people that paid the most for John were the founders - the two primary shareholders.  They literally lost millions because of John.

The Definition of "Rank and Yank"

"Rank and yank" is the practice of ranking employees according to their individual performance - A, B, and C players are identified (20/70/10) with C players or under-performers removed or "yanked". 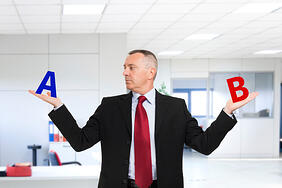 Rank and yank, also known as forced ranking, forced distribution, and stack ranking has been demonized by the "employee engagement" movement. Many blog posts have been written by armchair quarterbacks (many who have actually never been in charge of a bottom line) demonizing "rank and yank" as bad for morale and being immoral.

I have been fascinated by the "employee engagement" and "everyone-is-super-special" movement.  There is a widespread mindset that companies owe it to their employees to give them a voice - a seat at the table.

I agree and disagree.  I agree employees should have a voice - in fact I strongly believe companies who do not engage the hearts and minds of their employees are making a grave mistake.  However, I fervently believe that employees who do not fit their jobs should have no voice - they should not be employed in the business.

In a WSJ opinion piece - 'Rank-and-Yank'? That's Not How It's Done, Jack Welch shared his sentiments regarding "rank and yank" - I recommend checking it out.  Following is a particularly impactful quote.

"Unlike "rank-and-yank"—I hate even using that term—differentiation isn't about corporate plots, secrecy or purges. It's about building great teams and great companies through consistency, transparency and candor. It's about aligning performance with the organization's mission and values. It's about making sure that all employees know where they stand. Differentiation is nuanced, humane, and occasionally complex, and it has been used successfully by companies for decades."

Jack Welch is absolutely spot on.  This man shaped one of America's greatest success stories and the futures of dozens of companies.

Companies are in business to profitably serve Customers.

Profit-maximizing companies, should never act as a charity through employment of subpar talent - particularly salespeople who cannot sell.

Yet the argument continues...

"Is Rank and yank inhumane and immoral?"

I have seen again and again first hand where sales management either did not have the intestinal fortitude to remove a low-performing salesperson or the CEO would not let them.  There must be a system of forced ranking that requires a company to recalibrate their talent periodically - to force transparency regarding performance - to hold accountable for what is or is not being produced.

Cultivate and protect thy sales culture.

Top-performing salespeople model personal accountability and they expect the same of others.

If you want to destroy the morale and sales culture of your sales team - particularly your top performers, then do not practice forced ranking.  Do not hold salespeople accountable for their poor performance - instead, keep paying them - "protect" them - in fact, raise their base pay so they do not have to actually sell.

Yet keep in mind...  You are not fooling anyone.  Go into any sales team and ask team members who the top and bottom salespeople are and you will get a consistent, honest answer.  "Sales wolves" - top performers know precisely who the bottom performers are and they not only want nothing to do with them, they do not respect you for allowing them to stay.

When you retain low performers - chances are they are not even holding their own weight - they are not paying for themselves.  Their compensation must come from somewhere.

Low performers are being subsidized through the sales performance of high performers and that is morally wrong.

Chances are you have looked into the eyes of a low-performing salesperson like I have.  It is difficult to do - especially when it has been allowed to continue for decades.  When you do look...  And you must...  You know that the low performer knows that you know that they do not have what it takes to even be average.  Where is their dignity?  There is no dignity.  It is immoral to allow a low performer to get to the point where they lost not only the respect of others - but also respect for themselves.

Your future is in your hands...

If you do not have a transparent way of engaging your high, average, and bottom performers, it is time to develop a means to do so.  You owe it to your Customers, your shareholders, your salespeople, and your legacy to do so.

If you seek to avoid having to let low performers go, then consider using a valid sales personality test like the Trimetrix® HD to identify top sales talent from the very beginning.

Do the right thing with your low performers on an annual basis - move them on to "greener pastures".  Call on us.  We are here to help guide you.